All of Time and Space: 50 Years of Doctor Who

There was a gap in time and space.

A gap between Grandstand and Juke Box Jury, primetime on BBC1. They needed something that could appeal to everyone, that could run and run, that would capture the imagination of the nation. And thanks to a team that included Sydney Newman, Verity Lambert, Waris Hussein, and William Hartnell, Doctor Who was born. 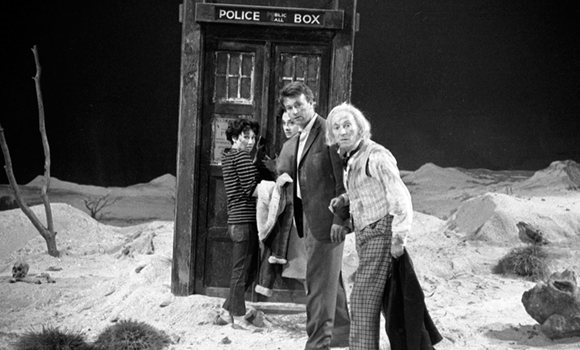 The very first episode was broadcast 50 years ago today. This immense anniversary surely can’t have passed anyone by; it’s something that TV really can’t do that often – simply because not much lasts that long, not much can become compulsive television, not much is ingrained in society’s psyche quite like Doctor Who.

What’s its lasting appeal? Well, watch an episode. Longevity is ingrained in its very DNA.

Showrunner, Steven Moffat, recently called the show immortal. Even in The Wilderness Years (the 1990s and early 2000s, for those uninitiated), the Doctor and his wonderful TARDIS lived on in books and audio and comics and in the minds of many generations. It’s a living legend.

Despite its proud British iconography, that famous Time Lord has travelled the globe: tonight’s 50th anniversary celebration, which stars Matt Smith and David Tennant as the Eleventh and Tenth Doctors respectively, will be simulcast around the globe.

It would be easy to propose a toast to those who have made the show what it is. But the weight of those individuals would be incredible. Of course, let’s look at those Doctors – William Hartnell, Patrick Troughton, Jon Pertwee, Tom Baker, Peter Davison, Colin Baker, Sylvester McCoy, Paul McGann, Christopher Eccleston, David Tennant, Matt Smith and Peter Capaldi – splendid fellows, all of them!

But then there are the companions, the guest stars, the writers, the directors, the producers, designers, floor managers, assistant directors, executive producers, showrunners… Oh, there have been so many.

So thank you all.

Doctor Who has changed my life; that’s no secret. And one day, I want to write for the Doctor. Yes, one day. But for now, I’m happy celebrating in my own little way. I’ve watched An Unearthly Child this morning; went to see the actual TARDIS last weekend (!); have been writing Introducing: Doctor Who feature articles for Kasterborous since January; rewatched Cold War (just because); am reading The Only Good Dalek; am poring through the latest issue of Doctor Who Magazine; and (something which I’m almost sure no one else in the world is doing to celebrate) am reading the TARGET novel, Doctor Who and the Invisible Enemy.

I can’t wait to find out what I’m doing on the show’s 100th anniversary.

To paraphrase the Eighth Doctor – friends I’ve known: I salute you.

And as a fitting paradox, there’s not a person in the UK who doesn’t know who the Doctor is – even though we don’t actually know much about him. Doctor… Who?

Posted by Philip Bates on November 23, 2013 in Television, Uncategorized

And to celebrate, here’s a list of some must-watch serials from all eleven brilliant Doctors. Obviously, it’s just my opinions, but I’d love to hear your views too.

And remember, you can look at my Bluffer’s Guide to the Doctor, a breakdown of all his incarnations, here. 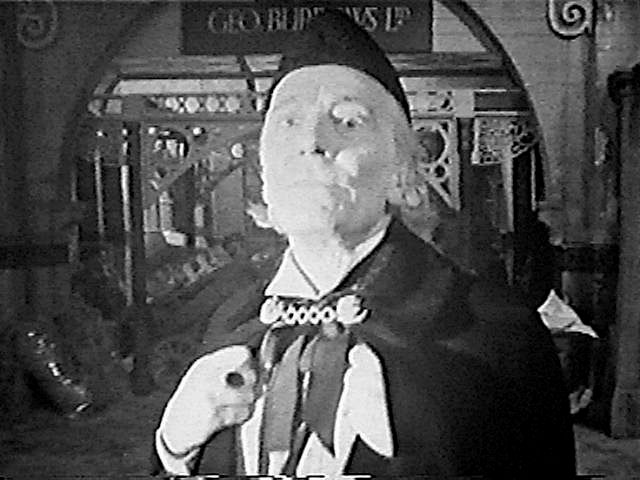 The concluding story of season three, The War Machines sees the Doctor and Dodo land in London in 1966. While Dodo is unceremoniously dumped from the TARDIS, a new computer system, WOTAN, is installed in the Post Office Tower… and tries to take over the world!

Meanwhile, Ben and Polly are introduced and have to face up to WOTAN’s War Machines.

Though it’s notorious for the mad computer calling the Time Lord “Doctor Who” throughout, it’s the First Doctor at his best – and the cliffhanger to episode three is excellent!

Read all about it: http://www.bbc.co.uk/doctorwho/classic/episodeguide/warmachines/

The Second Doctor (Patrick Troughton): The Tomb of the Cybermen.

The Doctor, Jamie and Victoria land on Telos, where they and an archaeological team find the supposed last vestiges of the Cybermen, deep within an icy tomb.

This Doctor has faced off against the Cybermen – and Cybermats – numerous times, but The Tomb of the Cybermen is just so good! There are big moments – like the unthawing tombs releasing their inhabitants – and small, quiet moments, like the Doctor talking to Victoria about her new life as a time traveller. And all are similarly memorable and excellent.

Read all about it: http://www.bbc.co.uk/doctorwho/classic/episodeguide/tombcybermen/

The Third Doctor (Jon Pertwee): Day of the Daleks.

It’s the Third Doctor, Jo Grant, UNIT, Daleks and what the cool kids call, ‘wibbly-wobbly timey-wimey… stuff.’ What more do you want?!

A group of guerrillas are sent back in time to stop a grim future: Earth, ruled by Daleks! And the new Special Edition DVD offers – alongside the originally transmitted version – new effects, new footage and new Dalek voices, provided by Nick Briggs. Even better.

You can read my in-depth reviews of the new DVD release here and here.

Read all about it: http://www.bbc.co.uk/doctorwho/classic/episodeguide/dayofdaleks/

The Fourth Doctor (Tom Baker): The Ark In Space. 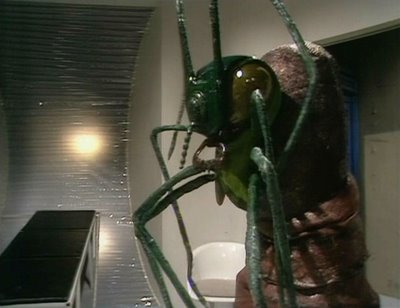 The Fourth Doctor, Sarah-Jane and Harry are such a fantastic TARDIS team, it’s nearly impossible to narrow down just the one top tale from Season Twelve.

The Sontaran Experiment is, ignoring a few gaffs, an excellent short serial set on a desolate Earth; Genesis of the Daleks is chilling in its harsh reality and is an essential Dalek origin story; but The Ark In Space is packed full of memorable and stirring moments.

From the contrast of the wriggling, foaming Wirrn transformation against the clinical space station Nerva to the famous “indomitable” speech, The Ark In Space is pitched beautifully.

Read all about it: http://www.bbc.co.uk/doctorwho/classic/episodeguide/arkinspace/

Honourable Mentions: The Seeds of Doom; State of Decay.

The Fifth Doctor (Peter Davison): The Caves of Androzani.

This was voted the best story of all by Doctor Who Magazine readers in 2009, when it was up against 199 other serials. And it really deserves the crown.

Its grim and moody atmosphere combines with top-notch acting and direction. There’s some of the best cliffhangers in the show’s history and one of my favourite Doctors takes centre stage as he struggles to save – not all of time and space, not the universe, not even the planet – his companion, Peri. This is what Doctor Who is all about.

It’s as perfect as you can get.

Read all about it: http://www.bbc.co.uk/doctorwho/classic/episodeguide/cavesandrozani/

Just as the title suggests, it’s two Doctor for the price of one, as the Sixth meets Patrick Troughton’s Second – in colour!

It’s a fun tale, but also quite grim, with a huge scale: from Space Station Camera to Seville, Spain, the Sontarans and biologically- augmented Androgums try to find the secret of time travel. Plus there’s some really hammy acting.

Oh, and there’s some great lines, like the Sixth Doctor saying, “What’s the use of a good quotation if you can’t change it?”

Read all about it: http://www.bbc.co.uk/doctorwho/classic/episodeguide/twodoctors/

Honourable Mentions: Revelation of the Daleks; Trial of a Time Lord.

The Seventh Doctor (Sylvestor McCoy): Remembrance of the Daleks. 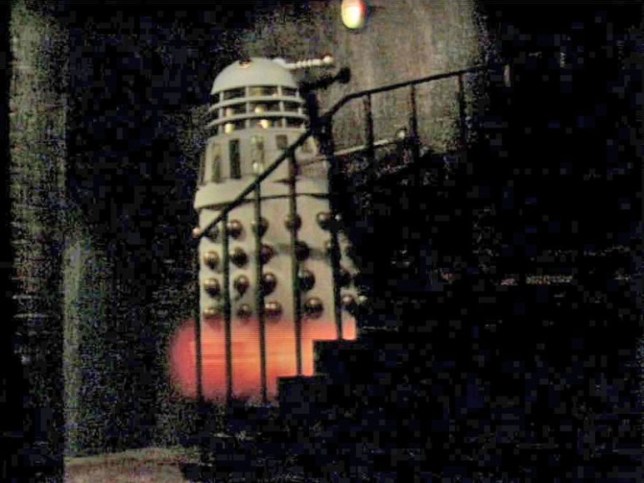 As far as I can remember, Remembrance of the Daleks was the first Classic Who DVD I bought, and what a great tale to start off with. The Doctor takes Ace to 1963 London where two Dalek factions are fighting over something the Doctor hid, supposedly the reason he was there when we first met him in An Unearthly Child.

The dark and scheming Doctor really comes into his own and there are some fantastically memorable lines. It’s steeped in continuity, but nobody will feel excluded and the plot still thunders along.

Plus: Daleks! And, contrary to popular belief, this is the first time we see a Dalek climb stairs…

Read all about it: http://www.bbc.co.uk/doctorwho/classic/episodeguide/remembrancedaleks/

Honourable Mentions: Delta and the Bannerman; The Curse of Fenric.

Yep, okay, so the 1996 film is the only TV appearance of Doctor Eight, but it’s still pretty cool. Sylvestor McCoy is back, before being shot and regenerating into Paul McGann.

The two Doctors on show here are just superb, and it’s such a shame the Eighth Doctor didn’t get more screen-time in a full series (though he has expanded his incarnation dramatically for Big Finish audios). There are plenty of bits to make long-time fans squirm, but there’s also a new Master – who likes to ‘drezz’ for the occasion – a great TARDIS interior and a great scene where the Doctor remembers who he is.

Oh, and the Doctor steps through glass. He’s that cool.

Read all about it: http://www.bbc.co.uk/doctorwho/classic/episodeguide/tvmovie/

The first time Steven Moffat worked his magic on the series is a cracker, prompting children nationwide – and a few adults, too – to ask: “Are you my Mummy?”

There are scares a-plenty with gas-masked ‘zombies’ roaming war-torn London, freaky transformations and a very clever get-out clause to resolve the chilling cliffhanger. The Doctor and Rose are at their best, while the introduction of Captain Jack Harkness is handled expertly.

And the reason all these sinister occurrences are happening is so brilliantly innocent.

Read all about it: http://tardis.wikia.com/wiki/The_Empty_Child

Honourable Mentions: The Long Game; Bad Wolf/ The Parting of the Ways.

Why writer, Matt Jones hasn’t been invited back to the series is a complete mystery. This base-under-siege two-parter is one of the best.

There are some impressively creepy scenes and concepts here, with the Doctor separated from Rose on a planet that shouldn’t exist, circling a black hole. The Ood are introduced, there’s a very sad death and the CGI is great throughout. It’s also rare that Who discusses religion so in-depth, but this pulls it off magnificently.

To top all this, there’s some spectacular dialogue, my favourite of which is: “He bathes in the Black Sun.”

Read all about it: http://tardis.wikia.com/wiki/The_Impossible_Planet

There are so many moments here to give you goosebumps.

A few people didn’t like the two-parter that closed series five, but as far as I’m concerned (and there are plenty who agree), this is the best finale so far. It’s basically perfect.

Beautiful acting and directing, but the writing is sublime. It’s epic and quiet, emotive and exciting. Throughout, it really does feel like the end of all time and space. And the end is incredibly elating.

This masterpiece is what every writer should aim for. Mr. Moffat, you’ve done it again.

Read all about it: http://tardis.wikia.com/wiki/The_Pandorica_Opens_(TV_story)

Honourable Mentions: The Eleventh Hour; The Girl Who Waited. 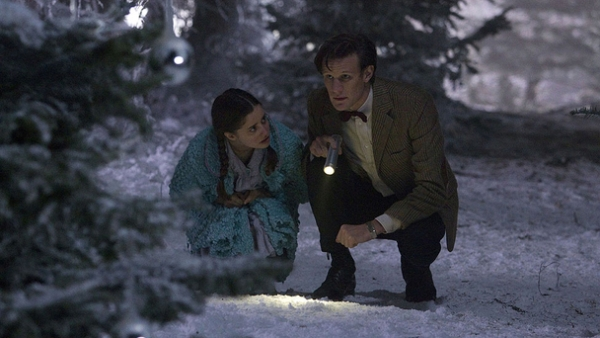 So that’s all for now. Bring on The Doctor, The Widow and The Wardrobe…!

Posted by Philip Bates on November 23, 2011 in Unpublished work